When reading the responses, remember that Episode 1 of the Atlas evaluates and measures legal systems. Sociological data will be added in Episode 2.

Which countries' legal systems promote RBM rights the most and the least?

The first are those of Poland (0.41), Estonia (0.37), and Sweden (0.37). These countries are characterized by different cultural, religious, and legal traditions. This shows that RBM rights can be promoted equally well in countries with very diverse backgrounds. Among the latter, Greece's legal system stands out (0.28, but Thrace has not yet been taken into account), mainly because RBMs are excluded from teaching religion/belief in public schools and have few rights regarding spiritual care.

Which RBM rights are promoted the most and the least?

The Catholic Church (0.33), followed by the Orthodox Churches (0.32) and mainline Protestants (0.32), leads the list of “most promoted” groups. Among non-Christian RBMs, Jewish communities (0.26) precede Muslim ones (0.23). In last place are the Church of Scientology (0.12) and Belief organizations (0.12), just after Sikh communities (0.16). Christian RBMs are all at the top of the promotion scale, whereas BOs and new religious movements are at the bottom.

In which legal systems are the differences between RBMs greater and in which are they less?

The legal systems where equal treatment prevails are those of Finland (0.04), Estonia (0.05), Hungary (0.05) and Sweden (0.05). Those where the differences are greater are those of Romania (0.14), Poland (0.12) and Austria (0.11). A difference seems to emerge between countries in North-Central Europe with a Protestant tradition and East-Central Europe with a Catholic and Orthodox background. However, these data do not show whether equal treatment is accompanied by the promotion of rights: RBMs may be equal because their rights are equally promoted or equally restricted. It is therefore necessary to combine the two types of data (see the last question).

Which legal systems have greater or lesser distance between religious majority and minorities?

The list of countries with greater distance is led by Greece (-0.36), followed by Italy (-0.31) and Spain (-0.30): these countries are characterized by the presence of a relatively strong majority religion. Countries with lesser distance are France (-0.09), Belgium (-011) and Sweden (-0.11), countries where the secularization process has had a significant impact on the legal system.

Which legal systems have the best relationship between promotion and equality of RBMs rights? 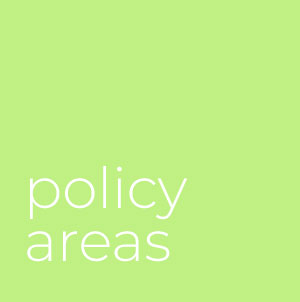